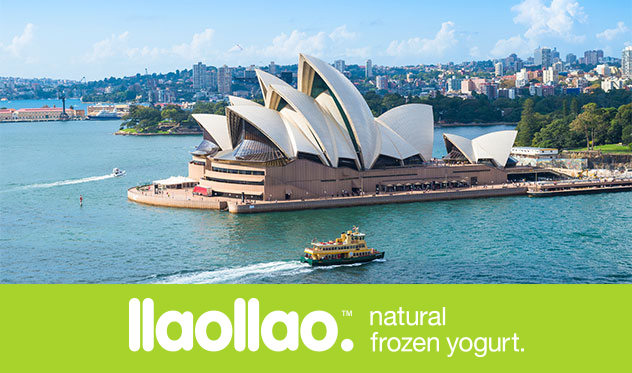 What began in 2009 as the personal quest of a young engineer from Murcia has become an international company with more than 1,500 employees and 220 establishments spread over 25 countries, allowing our consolidation as a reference worldwide. This year we celebrate our 10th anniversary by expanding our brand’s presence to five continents.

Becoming one of the first Spanish companies in the catering sector to have a presence in the five continents, we have managed to champion the international projection of the Spanish product with our frozen yogurt, as a benchmark of quality and innovation in the catering sector. All this has been possible because of the great international demand that the brand and the product have had.

The key to everything we have achieved in these years has been to consolidate a concept, quality and values that are uniform and unique in the brand all over the world. For us it is important that any consumer, anywhere in the world, has the assurance that when they enter any of our establishments, they will find the quality and flavors that have attracted them to our brand, being able, at the same time, to accommodate the consumption habits of any culture, religion or country.

We celebrate our 10-year signing a contract of the first store in Melbourne (Australia), and the agreement with a major business group as a master franchise, which is expected to exceed 50 establishments with the openings of Sydney, Adelaide and Perth, among others.

The presence in Australia represents to us much more than the success of entering a new country. Having a presence on five continents symbolizes the confirmation of a dynamic that has placed llaollao and the concept of “frozen yogurt” as a reference in the growth of Spanish food brands.

With the arrival in Australia, we completed a decade of enormous growth that has brought to 220 establishments in 25 countries and positioning ourselves as one of the first Spanish companies to achieve the milestone of being present in the five continents. In addition to feeling it as a success, we live it as a challenge that carries a great responsibility, since we represent the Spanish Brand in the most distant place possible.

You can find out more about which cookies we are using or switch them off in settings.

This website uses cookies so that we can provide you with the best user experience possible. Cookie information is stored in your browser and performs functions such as recognising you when you return to our website and helping our team to understand which sections of the website you find most interesting and useful.

Strictly Necessary Cookie should be enabled at all times so that we can save your preferences for cookie settings.

If you disable this cookie, we will not be able to save your preferences. This means that every time you visit this website you will need to enable or disable cookies again.

This website uses Google Analytics to collect anonymous information such as the number of visitors to the site, and the most popular pages.

Please enable Strictly Necessary Cookies first so that we can save your preferences!